— Harold Melvin and the Blue Notes, “Don’t Leave Me This Way”

There’s an old hoary chestnut about how you become more conservative as you age. The kernel of truth behind that adage doesn’t necessarily apply to political views; in fact, one can become more liberal with age even if they started out solidly liberal. The truly proper way to interpret the belief is to acknowledge that our preferences, tastes, and inclinations calcify with age — our desire to try new things withers and we become more risk adverse. However, that doesn’t necessarily mean we don’t find new ways to enjoy the things that have always given us pleasure.

Music is a wonderful example. Every generation thinks the music their children enjoy is awful. In the ‘50s, parents hated the emerging rock & roll their teens listened to. Then, when their kids were teenagers, they didn’t care for rap and the other forms of music emerging during the ‘80s. Now those former teenagers, such as myself, are themselves three decades years older and find it difficult to appreciate the artistic merit in the autotuned, overly-produced sounds of what passes for most current pop music. Yet, each generation of parents who still loves listening to music continues to seeks out new material to enjoy.

For this particular dad, the search predominantly takes two forms. Outside of the new (to me) artists I’ve encountered on various NPR programs, it’s easiest to simply follow already beloved artists and listen to their output, no matter how entrenched they may be with their sound and style. Unfortunately, no matter how hard musicians try, the overwhelming majority of them have well-delineated range they simply work best within. They all typically mine this zone for everything it’s worth. The ones that don’t simply stay within their comfort zone then typically work out from the margins while simultaneously reworking/reinterpreting old themes and even rearranging old favorites. Springsteen fans, for example, can tell you all about the many songs he has reimagined using new arrangements. Those artists that attempt anything radically different, more often than not, frequently encounter indifference from the long-time fans that can become, in worst case scenarios like Metallica, utterly hostility. A few truly good artists successfully manage to expand their repertoire, but they are rare

The other option: explore the back catalog. Admittedly, this wasn’t easy before today’s era of streaming music. Because the current rock/pop paradigm literally began in the ‘50s, a teenager from that time already knew a good amount of what already existed when faced with changes in the direction of pop/rock of their children. However, for this ‘80s teenager, and those that came later, there was three decades or more of music that hadn’t appeared on the current cultural radar for some time — at least not on the radio stations that predominantly focused on new music, regardless of musical genre. Yes, the cultural stepping stones, such as The Beatles and songs such as “Hotel California” become timeless standards. However, there remains plenty of good, older music that younger listeners need to actively seek out.

Personal case in point: Harold Melvin & The Blue Notes. Despite spending a significant portion of my childhood and early adult years living in the greater Philadelphia area, their hometown, until recently this band was a great unknown. Knowing that Teddy Pendergrass was a R&B singer of note did not equate to awareness that he was the lead singer of The Blue Notes during the early ‘70s, the period in which they had many of their greatest hits. Even worse: the Blue Notes song I knew best was a cover version of their original.

Nothing against Thelma Houston’s disco cover “Don’t Leave Me This Way.” It’s a solid dance version of the song. However, the full impact of the lyrics get lost in the translation: in comparison, Houston barely implies the emotional urgency and anguish Pendergrass evokes. Hell, it feels like Houston will stay alive without her lover by dancing night away. Pendergrass, on the other hand, sounds he absolutely won’t survive being left that way; he sounds distraught — especially during his various exclamations and pleads during the fade out.

It seems odd that Houston’s cover, and not the original, is the one enshrined in the cultural metaconsciousnes. Yes, it was a bigger hit, but once you’ve heard Harold Melvin and the Blue Notes’ original recording, it feels somewhat milquetoast — though nowhere near as much as 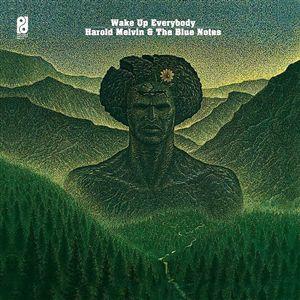 the original recording of “Try a Little Tenderness” sounds when compared to Otis Redding’s definitive reinterpretation. Though I’ll happily listen to her Houston’s dance version in the right circumstances, I’ll be thinking about Pendergrass’s whenever I do so.